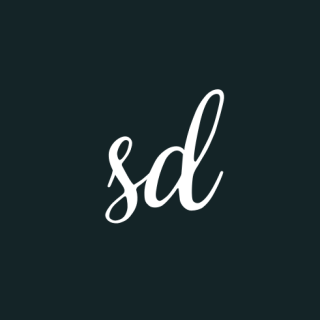 Hello there! I'm Pearl. Manager by day. Blogger by night. Dog-Mom, 24/7. Welcome to my life in paragraphs & photographs. #MentalHeatlhAwareness #FragileSurvivor

Sushi (Malti-Poo) was such a wallflower that quite a number of guests weren’t even able to meet and greet her. She hid most of the time, but trust me she was happy you guys came. Here are a couple of the snaps during her first birthday!

It was such a blast putting these colorful treats together with the Barkingham team! Here’s our little celebrant chilling before her big debut.

This party was to celebrate her 1st year, as well as the grand opening of the Barkingham Pet Cafe.

Why was Sushi’s birthday such a big deal for me though?

A quick throwback link to exactly one year ago: Minnie, Our Little Fighter. I remember, clear as day, that rainy night of July 2016. We took home a little Yorkie, wrapped in a blanket, huddled in the corner of her tiny box. I felt her trembling, in fear or cold, I’m not sure. All I knew is that she was far from the healthy pup she deserved to be. She was coughing, she would barley eat or stand. That night as we drove home, I refused to give her a name, refused to open my heart to her, with fear that I might get attached to the little one. But I couldn’t help it. A few minutes later, in tears for the plight of her, I gave in, and I named her: Minnie.

She was sick, with what we dreaded to be one of the most incurable diseases. (With distemper, only the animal’s immune system would be able to battle the illness. So what vets often recommend is Canglob D.) We took her home, because we knew nobody else would welcome her, or give her intensive round-the-clock care that she needed. Day after day, we prayed for her to regain her strength as we desperately gave her more than what she needed to stay strong. But little by little our streams of hope ran dry. Despite our efforts and prayers, she grew weaker, her body grew thinner, her eyes could barely open because of the excessive ocular discharge, she coughed and wheezed and trembled and then the seizures finally set in.

I will never forget though, the little moments in between her daily vaccinations when I would whisper to her to be strong and fight; that mommy and daddy are waiting for her to get better so we can play. I imagined her growing up to be a healthy, playful pup. There was one memory that stands out, one of the final moments I got to spend with her which brings me to tears to this day: After her medications, I lifted her gingerly out of the box, set her down onto the floor then I walked a few feet away from her. I call out to her “Minnie, come here baby”. In spite of her trembling legs and emaciated body, she tried to get up, she tried so hard. Her legs were wobbly, she would stop once in a while to cough, until little by little she came to my lap.

We only had time to do this once though – the day before she left us. This it seems, is her way of saying goodbye.

I was terribly heartbroken when she crossed the rainbow bridge. I cried for days on end, but at the back of my mind, I was (and still am) thankful that she had a home with the little time she had on earth. Minnie deserved much more than a few months, she deserved a lifetime of cuddles, a sack full of treats and a lot of afternoons playing outside. I felt guilty for not being able to give her that, guilty for not being able to give her more than she deserved. (Read more here: Minnie’s Goodbye)

Minnie though, gave us much more than we hoped for. She has shown us the proof of unconditional love, setting aside all weaknesses and pain, just to be with the people she loves. In the few weeks that she spent with us, I haven’t felt more certain of a dog’s love. How simple it was, yet how unconditional.

That day Minnie crossed the rainbow bridge, I felt like something was missing. Soon after, DJ bought me what is now the sunshine of my life – Sushi.

Sushi’s birthday was a rainbow party, the symbol of a new beginning, a celebration of happiness and all things beautiful. She is  more than just a pet dog, she is my ray of hope.

(I’ll write about this soon – when I am ready).

Seeing everyone coming with their best fur-riends last Saturday was something quite new for an introvert like myself (I was fighting the urge to hide under a rock by the end of the day – just kidding!). But overall it was a great experience sharing the love for our pets at Barkingham.

I am thankful for each day I wake up to my little girl staring back at me. We often take for granted the little moments with our furkids, I have learned my lesson to always make the most out of the time we have with them.

On behalf of myself, Sushi and the Barkingham Family, we would like to thank everyone who came to celebrate with us last July 1st.